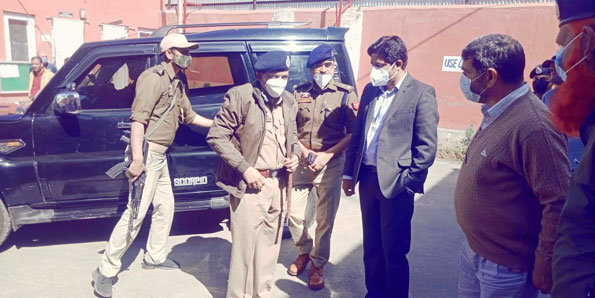 As per preliminary verification, on the night intervening April 8/9, 2021 some suspicious activity was reported in one barrack by watch and ward staff following which the barrack was opened to conduct security check. Suddenly, the inmates resorted to violence and in the course of violence they pelted stones and damaged some buildings, security lights, CCTV cameras, etc. On request of the Superintendent, Special Jail Pulwama- Tehsildar Pulwama & local Police Station took cognizance & rushed to the spot. SP, Pulwama Ashish Kumar Mishra, IPS along with other officers & Fire & Emergency team also responded quickly & reached the spot on being sounded by the Superintendent Jail. Due to the guided and controlled intervention, situation was brought under control. Some inmates even tried to escape, however, the attempt was foiled by the security personnel.

The Director General Prisons has ordered an enquiry into various aspects including the reason behind the incident and extent of damages caused to the prison property. He has also constituted a committee to conduct safety audit of the jail in view of the riot/arson. Besides, a case has been registered by the Police & investigation is underway.

DGP, Prisons passed directions for exercising strict vigil & ensuring security/custody of prisoners in accordance with the provisions of Manual for Superintendence & management of Jails in J&K. DGP Prisons appreciated the efforts of police/civil administration in bringing the situation under control.

© All Rights Reserved. Powered by : JKians